Forgot who asked, however it is now Official.  The US, Mex. and BRA  F1 races are canceled due to virus.  Will add three more races in Europe to compensate.  Also the possibility to reschedule CDN is off the table,

Thanks flwino. It was me.

Egypt, Oman, and the Maldives seem to be re-opening, at least for scuba diving.  I  would not hesitate to visit those places or any place in the world this year.  I have booked trips to Antarctica and Argentina this November and December.  (Total solar eclipse on December 14.)  Antarctica is looking very doubtful; cautiously optimistic about Argentina.

Umm, one of my main offices is in Cairo which I should have visited last month. They are having one hell of a time with COVID. I shut the office down temporarily. No way I would suggest a good time to visit or fly through.

Hey there. I am planning a long road trip this summer (VA to Colorado and back), and having read iexit review, iexit app appears to be close to what I want, but I am wondering if anyone else has used it? This app seems to approach that need - it looks 100 exits ahead on the route and shows the services on each exit. Looking for any experiences, or other alternatives to this app.

A waste of time.  Most exits have a sign that says services - don't need a f$%^ing phone

I went on a plane for the first time in a year and a half to go up to North Carolina last weekend.  The experience was fine; everyone in the airport and on the plane wore their masks.  I really had no concerns since I was fully vaccinated.

I have trips planned this summer to Rhode Island, Washington DC, and several more to North Carolina.

Already planning for a fall trip to Europe perhaps, and a winter ski vacation.

Not exactly Summer, but a friend and I will be returning to Louisville, KY in September to try and hit some of the bourbon distilleries that we missed last time. That will include a trip to Sparta and the Neeley Family distillery.

Through emails with the owner/operators, it appears we are distant cousins, with my side landing here from Ireland in 1733, and his in 1740. Taking those dates into account, a wild guess might be that the two brothers on my side may have gone the "7-year indentured servitude" route, and paid for the other to come over when they were done.

Not summer, but booked a 3 week trip to southern Spain in October that includes a 7 day bike ride. Also booked a ski vacation in Austria for January.

France is opening in June and our Bordeaux trip is still on for mid July. The wineries we have reservations with all say they plan on being open. Taking the train up to Epernay and visiting Champagne before everything shuts down again around 8/1 for holidays.

Currently booked in November on a20 day  Istanbul to Dubai cruise spending two days in Israel.

PURPLE won't get on a 8-12 hour flight (aka over water) with a mask on so we'll be taking 2 hour flights to various places until the mask mandate is lifted while flying.

I am finally traveling to the summer soon. Waiting for my evisa to Qatar from here https://evisa.express/en/qatar and hopefully this Christmas i will be celebrating in my shorts. Curious if someone traveled there recently and might have some tips for me?

I was a bit slow to realise the consequencs when covid first hit, and I think I repeated that towards the end of 2020. I was quite optimistic then about international travel then but since that point things have become worse and worse.

It now seems to me that 2021 may well be a total write off as well for going anywhere outside the UK, and so I think the best we can all hope for is the chance to explore our own countries. There are still places we haven't visited here in the UK, and with the US being the size it is, I'm sure there is plenty left for Eugene to discover there, too.

What are your plans for the upcoming holidays? Any interesting destinations? We are planning to visit few different places inside the country only. Curious what was your experience with the spirit airlines? Do you still need to wear a mask during the whole flight? This spirit airlines phone number was busy couple of times so not sure where else to call.

Doing 5 days in Paris in mid June with my wife for her birthday and then 10 days in August taking the whole family on a roadtrip from London to the Scottish highlands (flying back out of Edinburgh).

Just back from Atlanta.

The week after Madison, WI

After that Napa, CA.

September is two weeks in Germany with my half German, half Japanese buddy for a guys only beer drinking and schnitzel eating trip.

Finally got a plan to hit up Hawaii in June... then it's back in NY for July!

We're staying at this apartment on St. Honoré. I"m excited 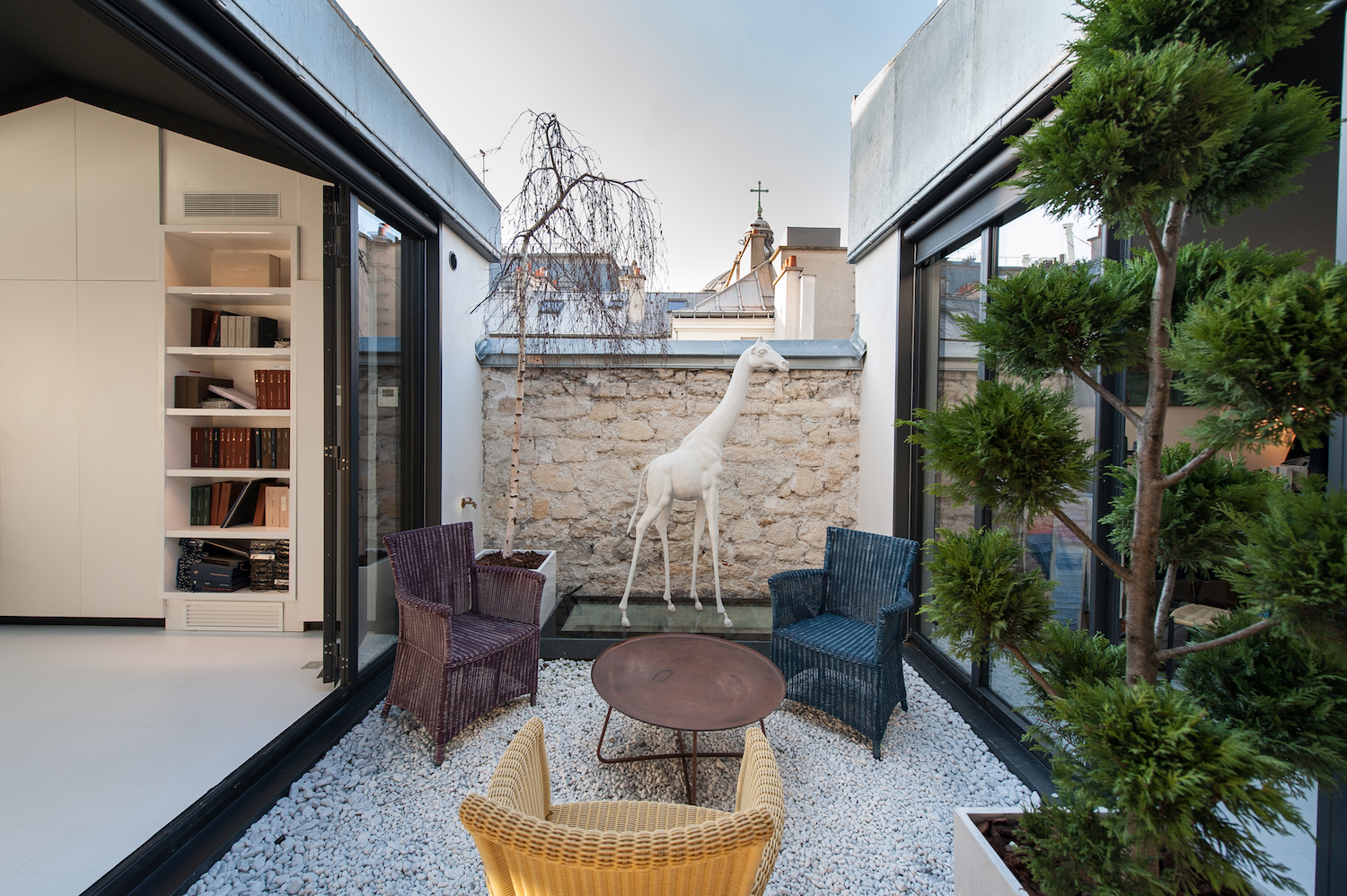 Très cool, Rob! And in the 1st Arr. too.  You guys will have a great time.

Finished our 5 day 50th birthday trip for my wife with some great culinary moments.
In chronological order:
Huitrerie Régis - Wonderful little place with fantastic oysters and an small but okay wine list. Lovely quality, saline and almost excessively crunchy. Even the medium oysters were almost too big and we struggled to finish two dozen between the two of us whereas we are usually good for 18-24 each as a meal. Still seeing as it was lunch and where we were going for dinner that was fine. A 2016 Arnaud Lambert Clos David Brézé was a great match and the best glass was the last.

Dinner at Arpège - This had the highest highs but also the lowest low of the whole trip. The egg was the egg. stunning in its simplicity and taste. Courgette slices salted and compressed as sushi over phenomenal sushi rice was otherworldly. The star of the night though was roasted root vegetables from last season in a roasted grape sauce. I was told that they had to work for weeks to create the sauce as it kept splitting until they used clarified butter. It was top three plates of food I've had in my life.

Now the lows. Lemon Verbena is for soap, not for consumption. It was apparently very good that day because it was laced through everything. In some cases it was a discordant note in an otherwise great dish but in one case, a cucumber and lemon verbena gazpacho with mustard ice cream it was nearly inedible. I could understand intellectually what they were trying to do but it was atrocious. We had a bottle of the 2018 rendition of Guillaume Selosse's 'Au Dessus de Gros Mont'. It was the equal of any champagne I've ever had and I'll speak of it in the same breath as an 1985 Charlie, Jacques Selosse's Substance or Lieux-dits, and easily surpasses any regular vintage Krug or DP I"ve ever had.

Friday lunch at David Toutain - Lower highs but higher lows and much more inventive than Arpège. We did the 10 course lunch. A raw cauliflower with creamy sheep's cheese, coconut and white chocolate amuse was revelatory. Everything was discordant but the whole was perfectly in tune. White asparagus in a blackcurrant velouté with a salty and not sweet peanut ice cream was also fantastic. The Eel and back sesame is apparently a well known dish and for good reason (though I am partial to grilled eel). We paired the lunch with a 2014 Cedric Bouchard Borelee which was lovely but dimmed against the memory of the Selosse the night before.

Dinner at Parcelles - I had the sweetbreads as I'm always a sucker for them and they were lovely, but as a fall dish while it was nearly 100f outside that day. Wrong choice because of the weather though very good. My wife had a panfried gnocchi with fresh cheese, spring peas, courgette and basil oil. It was lovely. Paired with a 2014 Leflaive Meursault Sous le Dos d'Ane which was lovely but almost still closed and despite being decanted, the last glass an hour and a bit in was significantly better than the first.

Saturday and Sunday lunch was had on our rooftop deck after a trip to the food halls in Gallerie Lafeyette. Iberico ham, fresh baguette, Bordier butter and some fresh wild strawberries.

Sunday dinner was at le Coq & fils - Had a full roast Bresse chicken, some frites and a bottle of 2015 Clos Rougeard which for the price I couldn't turn away from. It was surprisingly open and you could crawl into the glass for the nose. Heavenly, very fruit forward and not a whiff of any barnyard or brett. The chicken was very nice but not mind altering (which I was hoping for having never had Bresse chicken) but it was still a lovely night.

We go to Croatia with my family. It's our favorite place.

An awesome place.  We just did it last year on Silversea.  Are you going to do a cruise or a land trip?

Also, by the way, when are you going?  I understand that Ecuador is having some political turbulence at the current time.

Galapagos is a great place to visit.  The animals are remarkable.

We're spending some time at our condo at Deep Creek Lake in Western Maryland to get out of the Baltimore region's heat and humidity.

Just returning from a 5 day stay in Grindelwald and Lucerne. Followed by a Basel to Amsterdam ( including up the Mosel to Trier) river cruise . A couple days added on for Amsterdam.

OMG, I'm so happy it's summer already! I've already passed all exams, and my final writing assignment. Thankfully, I got the https://letsgradeit.com/review/assignmentexpert/ support. So they helped me to feel the holidays even sooner. I waited for a full vacation more than two years! I'm going to Croatia in two weeks. So excited!

OMG, I'm so happy it's summer already! I waited for a full vacation more then two years! I' going to Croatia in two weeks. So excited.

Nice part of the world.  In-laws have a lake house there and have missed the last 2 summers because of the 'Rona.

Thanks a lot! I even haven't thought about it